The Clash between Microsoft and google has came extreme this season, at first google released CHROME OS, Then Microsoft announced the new version of Office with major cloud applications support. To increase its presence in the search engine market, Microsoft recently announced its deal to take over Yahoo’s search business. Now, Google has announced the launch of its new promotional campaign called ‘Going Google.’

The main target of ‘Going Google‘ campaign is to topple Microsoft’s hold in office applications. Google will soon launch a series of advertisements which will boast why some 3,000 organizations are signing up to use Google applications each day. Google claims that so far over 1.75 million businesses, schools and organizations have signed up to use the various combinations of Gmail, Google Calendar, Google Docs and the other Google apps. Currently, Microsoft Office has the highest market share for office related applications. Google is trying to be proactive in telling people why its solution is better than Microsoft Office.

Google will be heavily investing in the ‘Going Google’ campaign and it plans to advertise through billboards on four major U.S. highways that will give a new message about Google apps everyday for a month. The billboards will be placed on the 101 in San Francisco, the West Side Highway in New York, the Ike in Chicago, and Mass Pike in Boston.

Google also plans to use ‘Spread the Word’ campaign, which will be similar to Mozilla’s campaign to promote Firefox. Google will also try to use the conventional way of sending fliers and pre-populated emails to promote its ‘Going Google’ campaign. 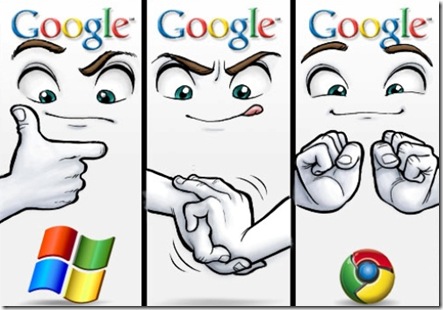