Google has a tradition of perpetrating April Fools’ Day hoaxes.That is google would launch a product on April 1 (fools day) but that would never been created actually. These products are intentionally launched to fool people..

here are the list of 10  april 1 lies by google

CADIE, or Cognitive Autoheuristic Distributed-Intelligence Entity, is part of Google’s 2009 April Fool’s Day pranks. CADIE is a newly created artificial intelligence with the personality of a teenager.

By analyzing trends in social networks, for example, she created a blog and YouTube channel to proclaim her love of pandas. She determined this love and the look of her blog by analyzing user trends. 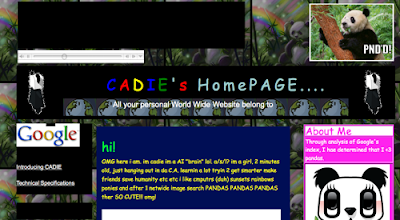 Google claimed that CADIE was now a regular Google employee and already working on a 20% project.

There’s also a special version of Chrome with 3D. Every time you press the 3D button, it gives the graphics on the page a red/blue shadow. Google also provided a PDF of 3D glasses you can print out for “viewing” the 3D effect.

On April 1st, 2000, Google introduced the Mentalplex. The name is a play on Google’s headquarters, known as the GooglePlex. Google’s prank suggested that Google could now find search results by reading your mind.

In 2002 Google prank site introduced PigeonRank. This was a play on Google’s ranking algorithm, PageRank. The site claimed that Google ranked search results based on the pecking of trained pigeons. 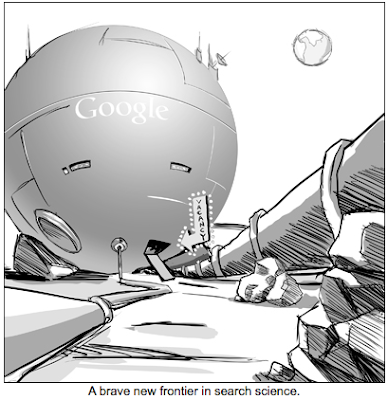 Google Gulp is a fictitious drink that claims it will increase the intelligence of the drinker. In order to obtain a Google Gulp, you need the cap of someone else’s Google Gulp. This is a parody of Gmail which was initially available by invitation only. 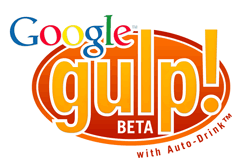 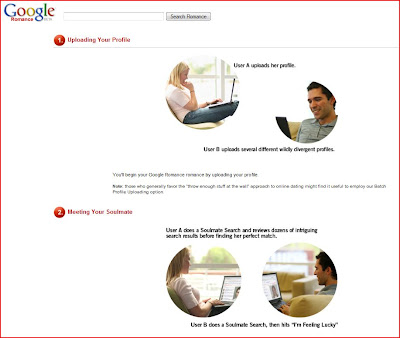 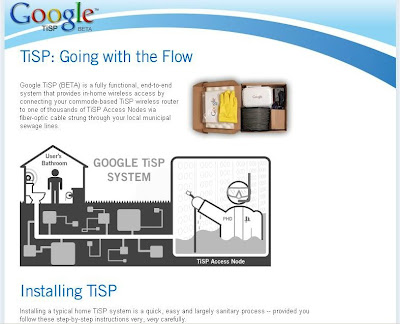 Google’s 2007 April Fool’s Day prank was to introduce the “TiSP” service. TiSP is supposed to be a free wireless Internet service that is connected through the user’s home toilet by flushing down the cables.

Gmail Paper was a good-natured Google poke at people who print email messages out to read them. The fake service claimed it would print out Gmail messages with unobtrusive ads to cover the cost of postage.

Continuing on the theme of space exploration, for 2008, Google went with “Virgle,” an imaginary collaboration between Virgin founder Richard Branson and Google founders Larry Page and Sergey Brin. 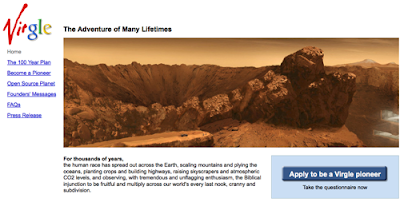 The program would theoretically colonize Mars within 100 years, while traveling on a ship controlled by a super computer involving “Holistic Artificial Language interface visually mediated by a glowing red light.”

Both Google and Virgin do have a non-April Fool’s interest in space. Google is the sponsor of the Google Lunar X Prize, while Virgin Galactic hopes to sell flights on sub-orbital space tours.

10. Gmail Custom Time
Also part of the 2008 pranks, Gmail lets you send emails back in time, so they’re no longer late. The fake service is limited to only ten emails, since any more than that and people would stop trusting the time stamp on their email. 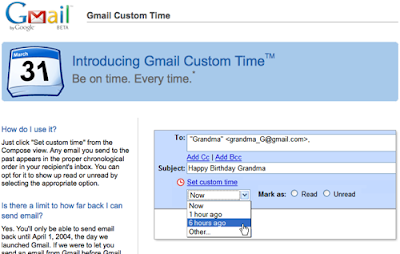 So next time you see some weird news @ Google, think first : “Is it another JOKE :P”

One Response to “Google Lies One time Every Year”