It can be called world’s cheapest tablet pc.India’s remarkable 35$ tablet has been launched this week.This tablet pc will enhance the the students all over India in their education. 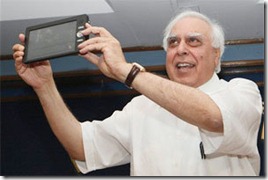 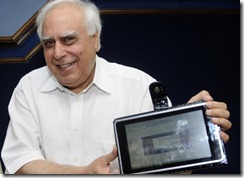 The device is called as Sakshat meaning “before your eyes”
This tablet may become an Indian version of ipad.But the hardware specs are not clear yet,This device runs Linux OS and has wifi connectivity with 2GB of RAM , PDF reader, video conferencing facilities, open office,media player, remote device management, multimedia input-output interface option, and multiple content viewer.
This device can be powered either by battery or using solar power panel to be used in rural areas.

We came to know that these device prototypes are developed by students from premier institutes like IISC’s and IIT’s as the private firms were not supportive for this idea.
This device will be available by 2011 and the production has started now.
See press release

UPDATE: This tablet is made of Android and it has Resistive touch screen
It has

New features in iPhone4S
How to create your facebook timeline
New homepage for twitter
How to calculate Data usage for iphone
Apple overtakes Microsoft as most valuable tech company
Firefox 4.0 Designs