Here’s a list of mobile platforms which are used on smart phones worldwide.

Symbian having the largest share on world mobile population. It has 50% market share world wide.Although many companies uses this OS Nokia is the major one which produces symbian phones.Symbian os is now made open source by symbian foundation.The major attraction is the UI of this OS.

Blackberry is the mobile platform developed by Research in Motion. This OS got famous of its business oriented features.It holds 20% market share worldwide.

Android OS from Google is becoming popular nowadays,Android is a open source mobile platform based on Linux. This helps developers to develop futuristic applications.

Iphone OS x from Apple is based on MAC OS platform.Popular for its elegant UI.Holds 13.7% of world market share.The touch screen concept has been evolved after Iphone is marketed.Apple’s latest product ipad is build using this platform.

check the details about Its next version iphone 4.0 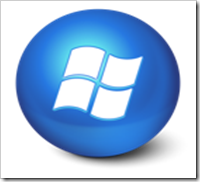 Moblin,Maemo are the other Linux mobile platforms.

Meego is the latest development on the mobile OS platform.